The things needed to create your own mini militia invisible avatar apk.

Follow this guide to create your own Mini Militia invisible mod apk:

You can make this Mini Militia invisible Hack without root permission.

In the end, click on save, it will take a few seconds to build the new apk. Install it and enjoy being Invisible in Militia Militia game hack.

Before downloading the mod you must be eager about knowing its amazing features. All the features related to the transparent mod to hide you from your opponent:-

Doodle Army 2 Mini Militia Invisible hack is the other best mod after Mini Militia double gun hack mod. And the special thing is that you do not need to root your phone or damage your phone for a match. I hope you feel it interesting now.

You can replace faces with any other image, maybe yours or your favorite actor, actress. ……

You must follow this guide Mini Militia face change like the invisible hack. The only difference is that this time, you have to place a different image instead of the avatars present.

Modify the MenuTexture file to include a face that you like. If you have trouble doing it. Comment below to let us know and we will do it for you. Although this is highly unlikely, you now know who to do this. Here we added the face of Shin Chain ???? cropped the image of another and squished to fit the size. 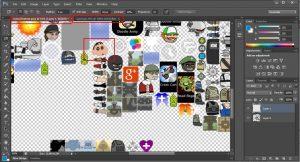 Save the file and replaced it with original as mentioned in the above “mini militia invisible hack”.

Here is a snapshot of gameplay after changing the face of the avatar. Looks Cool! ain’t that

Remember that changes to your avatar in this way affect it only on your phone. Other games will still see the original avatar.

The background images of Mini Militia are stored in the “HD” folder as described above. Simply go to this folder with the application Apk Editor for Doodle army 2 Mini Militia Background Change. Replace the image with the one you want. Make sure that the size (dimensions) of the image to be replaced is the same as the size of the original image 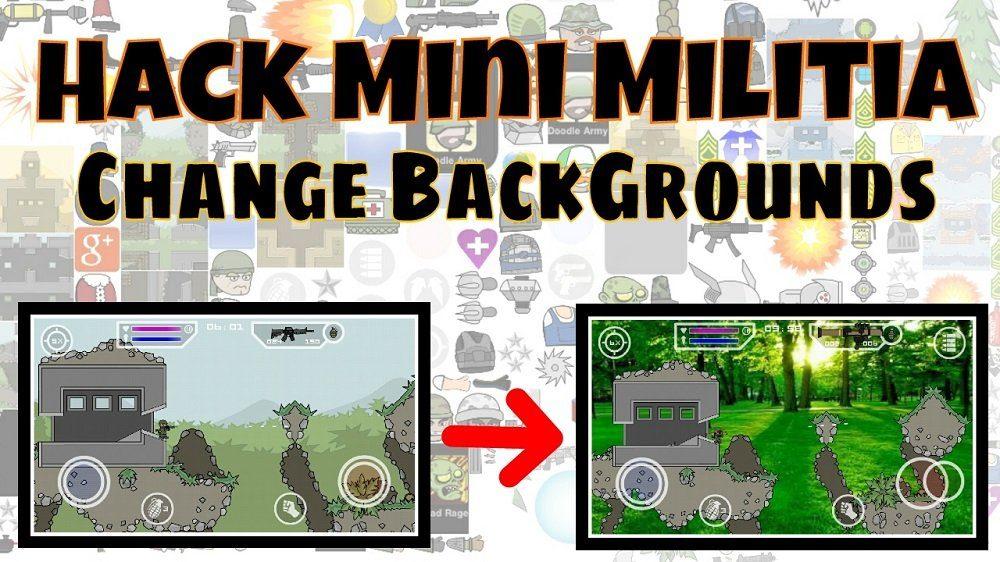 So you do not need Mini Militia mod background to be downloaded from elsewhere. Just follow the guide and do it yourself. Try other changes and tell us when you come up with something of value to share.

Takeaways from the Tutorial

With this tutorial on “Mini Militia Invisible Hack” and “Background Change”, we learned that we did not need invisible mini hack militia downloaded to our Android or iOS phones.

Simply by using the tricks above, we can create our own version of the invisible mini hack android APC hack.

So go make your own version. Note below if you are having difficulty performing any of these steps. Like our facebook page to follow the latest Mini Militia Tips and tricks.